Penn • Jerseys Only Catch and Release Bass Club Where ANYONE Can Tournament Fish!

Location: Borderline of Pittsgrove, NJ. Salem  County  & Rosenhayn, NJ (Cumberland County)
Size: 76 acres
Depth: Shallow, with a maximum of 6 feet near the dam and in the middle.
Ramp and Parking: A parking lot was constructed in 2003.  It can hold about a dozen rigs.  A new concrete ramp was constructed in late  2007.  It appears not much was done to deepen the area at the bottom of the  ramp.  Launching a dozen or more boats can be tricky, as the area adjacent to  the ramp is small and, when crowded, can only be accessed by pulling out onto  busy Landis Avenue which curves near the ramp.
Motor Limits: Electric trolling motors only.
Rules & Regulations: As a designated NJ Wildlife  Management Area, a WMA tournament permit is required to hold a tournament with more than four boats or more than nine fishermen.
Comments: The State took possession of this lake in 2001, designated it a Wildlife Management Area, added a new parking area  and moved in a portable toilet in the summer of 2002.  More improvements, including a new spillway, are planned. This is a good lake for quantity and  quality of bass.  This  lake has a history of problems with lakefront residents, especially the guy on  the southeast corner of the lake on Rt 56, who has surveillance cameras and has  been known to confront anglers.  There have also been persistent problems with  low water levels (due to that lakefront resident tampering with the spillway).   Both of these problems were supposed to be eliminated with the
State takeover  and the placement of a State employee in the house next to the launch ramp, but  they haven't been.  There is also a problem with large areas of matted algae  bloom in the shallow portions of the lake in the summer.
Need for Morning  Quiet?: Yes
Directions: Located on Rt 56 (Landis Avenue), between Vineland and Bridgeton, approximately 3 miles west of Rt 55 and 5 miles west of Rt 47 (Delsea Drive).
Club Record: 19.5" Largemouth bASS 7-19-2014 dAVE sNEDEKER

Note:  The dam failed at Rainbow Lake in April of 2007  and the lake was drained.  Construction on a new roadway, dam and ramp were  completed in November of 2007.  The lake was refilled in December of 2007 and  fish were transferred to Rainbow from Harrisionville Lake in Spring of 2008. 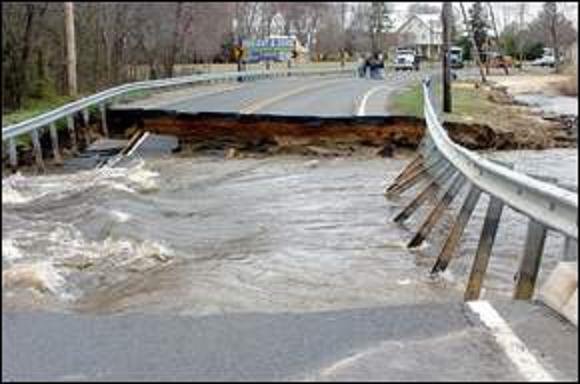 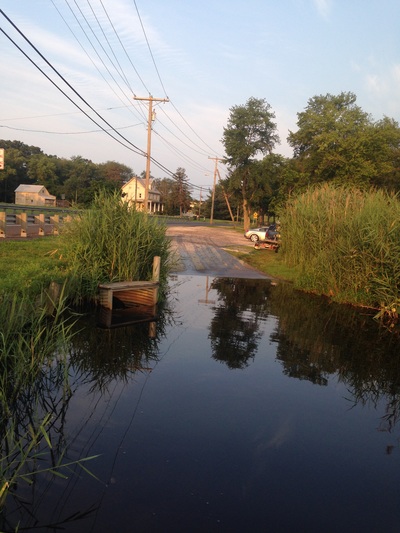